Redesign of the Chelak villa project, which was very challenging, by Mado Studio

MADO Studio was established by Maziar Dolatabadi in 2017 in Tehran started design Chelak villa in 2021.

Chelak villa is located in a garden with an area of about one thousand square meters that overlooks the sea on one side and the dense southern forests on the other.

The current situation was a four-story building with an area of approximately 300 to 400 square meters per floor, and a crowded structure and a network of irregular and dense columns in a relatively small area. on the south side of the building, there was a pool with irregular geometry and an iconic and special tree behind the pool and in the axis of the main facade of the building. 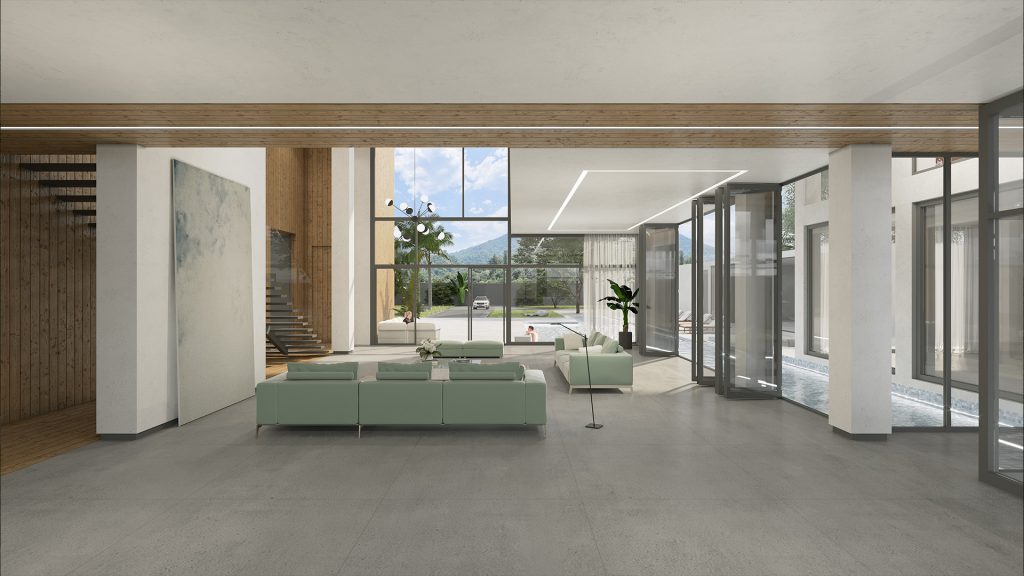 Therefore, the two main axes in our project from the beginning were considered as a special character for us. The first was the entrance axis to the garden and building, and the second one was the axis that connect the southern forests, the tree and the pool to the building.

On the other hand, according to the physical plan of the client, MADO Studio noticed a large family that this villa acts as a spatial and physical genealogy. So, the main tree as a genealogy had a set of different components.

The roots and body of this tree were like a heterogeneous foundation and structure that was present in the project as a strange nature. 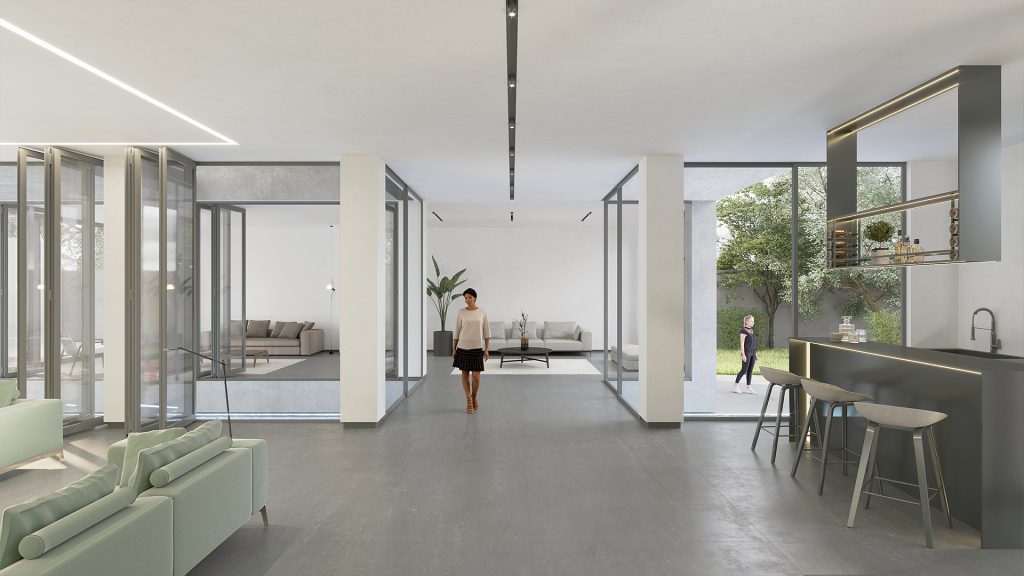 The branches of the tree are like circulation and corridor, which, despite its colorless and insignificant character, has a distinct personality that is also present in the general form of the building. And the empty spaces between the branches act as empty spaces within the project.

These three corridors, following the axes of this project, one in the entrance axis of the building, the other in the axis of nature and landscape, and the third as a joint to connect these two corridors and at their intersection, nodes were created which formed our pause and void spaces, and eventually the physical program was organized like leaves around them.