MADO Studio uses indigenous materials such as wood and straw and simple construction methods in the Senegal project in an effort to facilitate cost-effective construction. 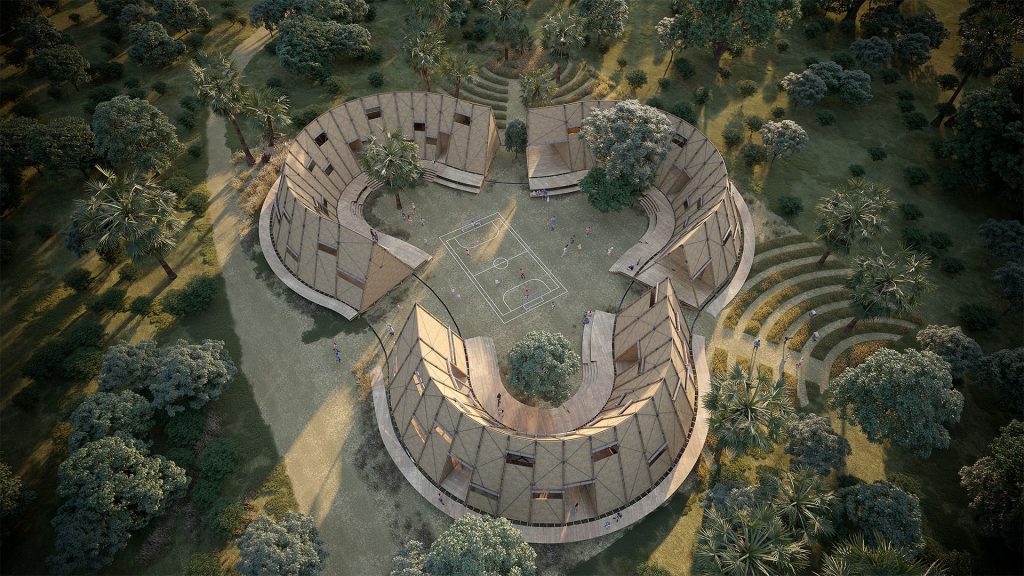 Maziar Dolatabadi started its activities in the field of construction. In 2017, Maziar Dolatabadi established MADO Studio that the studio incorporates the context, climate, history and culture into its design and, based on studies, tries to design the project by responding accurately to challenges.

The Senegal School project in Kafountine was designed for designers and participants with specific themes such as equality, conservation of site trees, cost-effectiveness, method of construction and step-by-step construction by MADO Studio.

In Senegal, villages were formed around the tree because of the myths about the baobab tree in their culture, and this was the idea of forming spaces around the site trees, which was a good response to one of the issues of the competition, which was to preserve the trees. The formation of spaces around trees also symbolically referred to the theme of unity, which was one of the design concepts. 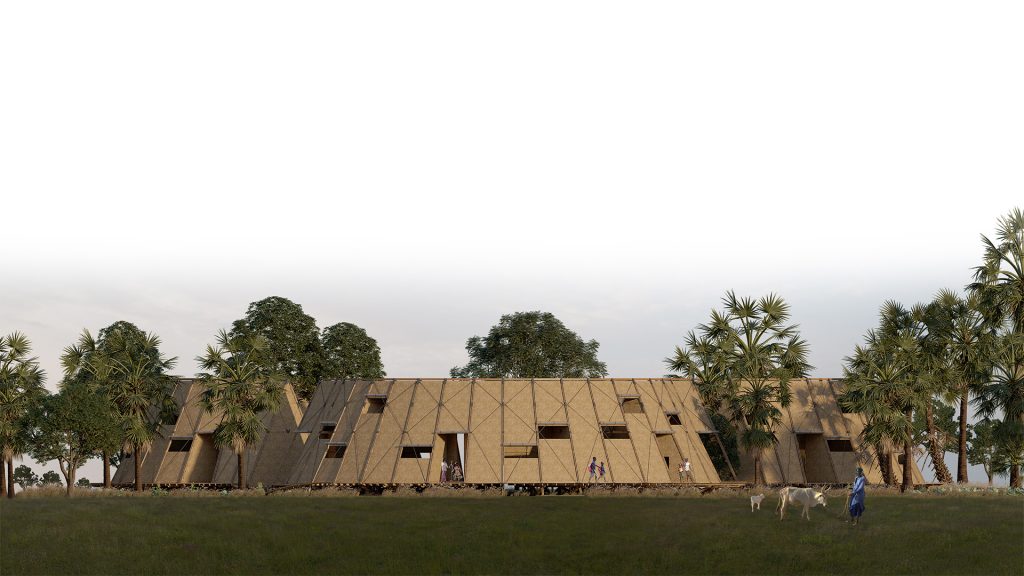 Initially, a two-meter offset was formed around the trees to conserve the roots of the trees. As the space required to preserve the trees became clear, an attempt was made to explain the exact geometry of the form. Two circles with a radius of 8 meters surrounded the central trees of the site, and to provide the area of the yard and playground, a third circle was added to the circles for this purpose. According to the determined geometry, circular spaces were formed around the courtyards, which eventually connected to each other and formed a unified form. 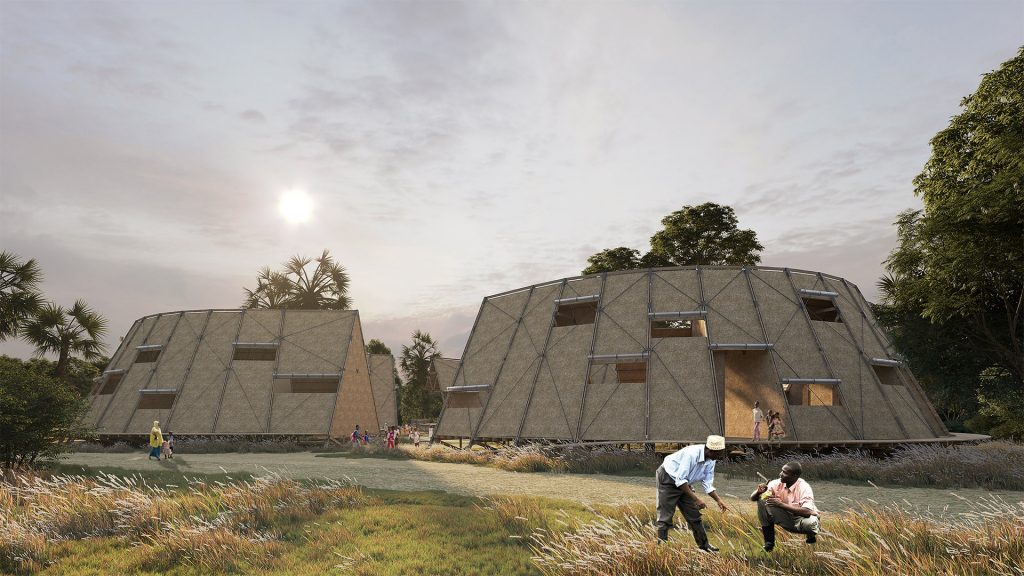 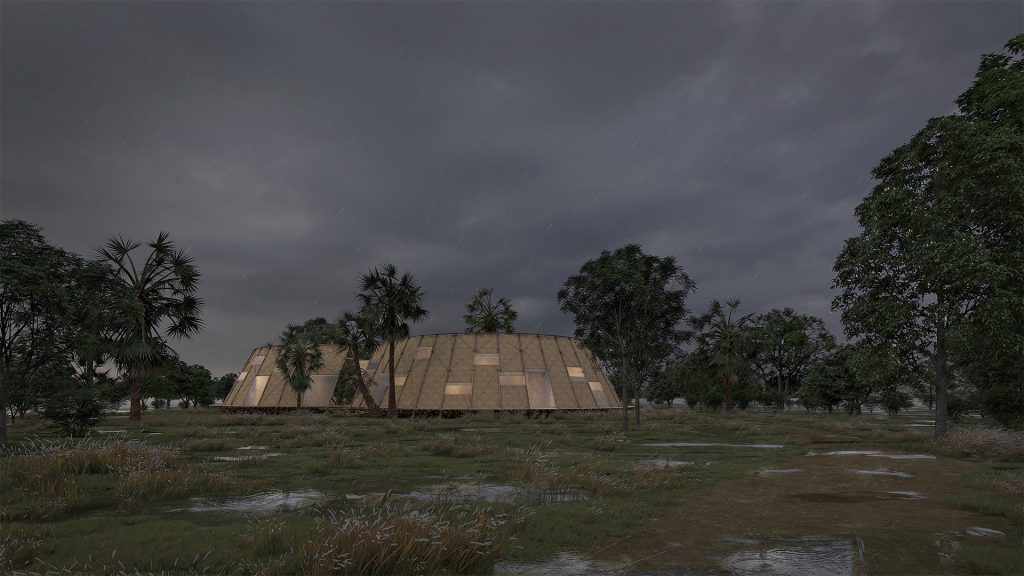 To access the inner courtyard from the outside of the site, the integrated form was cut from three areas to establish this connection. To create dynamic circulation, two movement paths were considered in the inner and outer walls, one of them was dedicated to the ramp for the disabled.

In the three separate spaces created, according to the demand of the competition, which was based on phasing in 5 stages, the required spaces and general spots were formed. 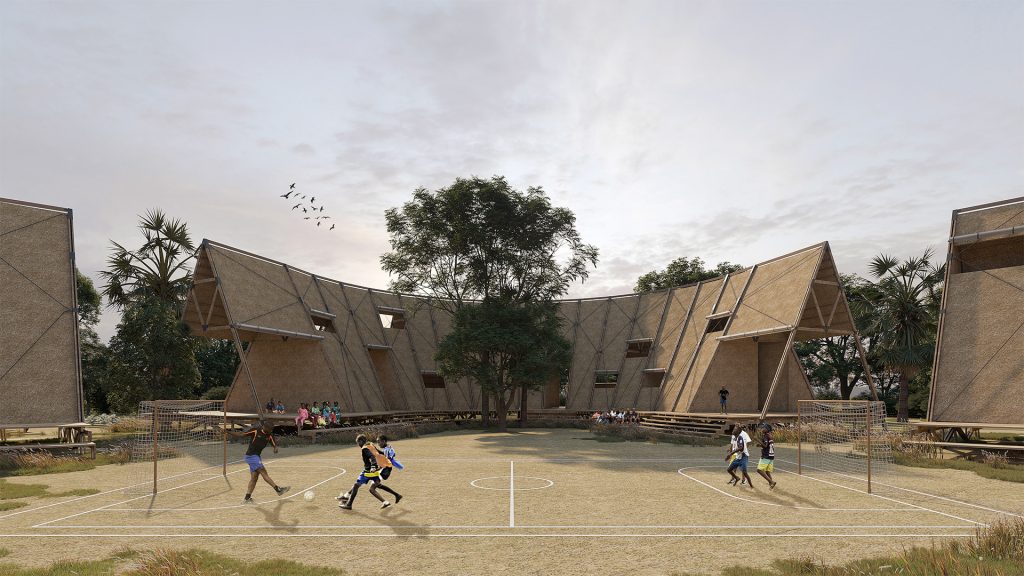 The empty spaces around the school within the site, due to the importance of agriculture in the region and its education to students, were allocated to agricultural lands, and to supply water to these lands, rainwater management and its optimal use were considered in the design. 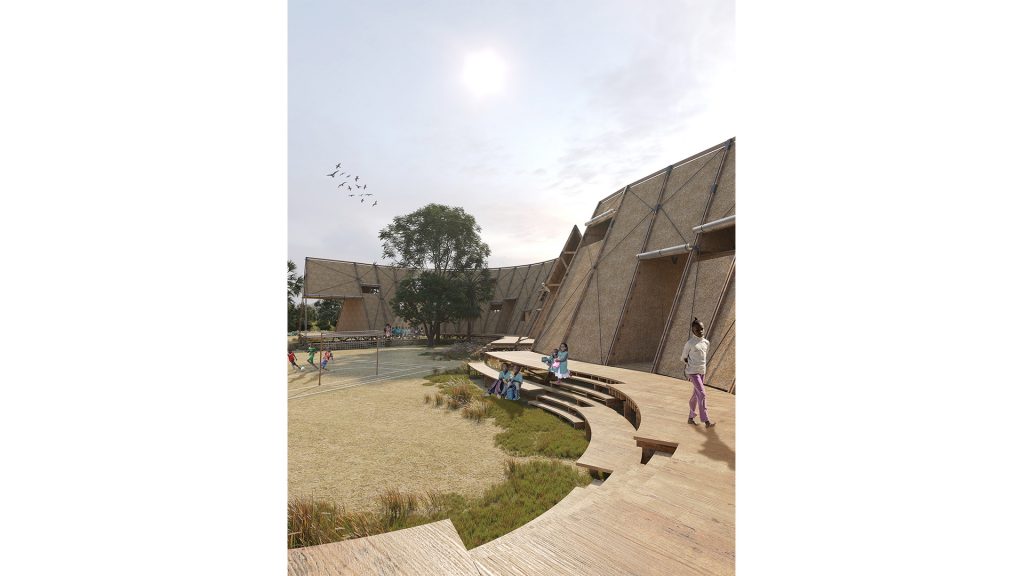